The Passage of Time, Accumulation of Dates

Weeks ago I called my eye doctor’s office for an appointment.  I wanted the first morning appointment, which was more important than the day.  I was given Thursday the 11th and I accepted.  The date gave me pause as I wrote it in my calendar.  I participate in a group that meets on the 2nd and 4th Thursdays of the month so we met last night and as I prepared the agenda prior to last night’s meeting, and wrote the date, I paused again.

We accumulate dates that have personal meaning and broader social meaning.  Some are good – births and weddings – some less so – deaths and other endings.  It is hard to live a life and not accumulate dates, whether you acknowledge them or not.  A few can make a generation shudder, close their eyes and review the sights of the original moment when the date became etched.  Dates rarely carry meaning past a generation or two except as something obscure to memorize for a history test.

I’ve been to Gettysburg twice in my life so far.  The first time as a child whose father studied the Civil War era and passed on his interest in history.  The second I was there alone, as a stop on a trip to see family in Philadelphia.  I happened to come in to town on the same route that the Confederate soldiers had taken on a hot July day in 1863.  I was there on a hot August day almost 150 years later but the area retained an aura of the momentous occurrences of those 3 days in July that shaped our country.

I felt the need to try to express to those who never moved on from those quiet fields that we had learned something from their sacrifice.

This past summer we have been reminded that the hundredth anniversary of several significant moments of WWI have occurred.  This series of events that gave shape to a fair portion of our modern world, but is fusty and musty to most.  My thoughts turn to what we have learned from those events.

And the date that resonates for this generation, 9/11.  Although I overheard a father saying yesterday, with dismay, that his child was born in 2005 and had such different points of reference.   I didn’t personally know anyone who died that day.  If I know anyone who was somehow directly affected by those events on that blue sky, no cloud Tuesday, they haven’t mentioned it.  But it is a date that gives us all pause.

I ask my usual question, what have I learned?  How do you pause?

2 thoughts on “The Passage of Time, Accumulation of Dates” 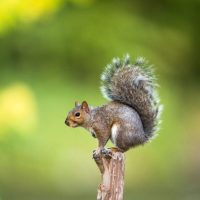 Retirement - Only the Beginning

Voices In His Head

Recognized as Blog Of The Year! (unfortunately, it was given the year 1910, the start of the Great Depression)

O at the Edges

Musings on poetry, language, perception, numbers, food, and anything else that slips through the cracks.

Seasonal living in a Scottish castle

There are 5 sisters. She's the middlest.

Blogging your way to a job.

Smile! You’re at the best WordPress.com site ever

Gifts Of The Journey

The Fearless Pursuit Of A Life Worth Living

Through The Glass Darkly

Discovering the threads that connect us, one story at a time.

Second Star to the Right

and straight on 'til morning

Success is meant to be shared

Living cheaply and richly on an acre in Puna, Hawaii

....living with a following wind